Ah this is great.  Nice to see the Huntsman Center filled for a couple of games this season so far. 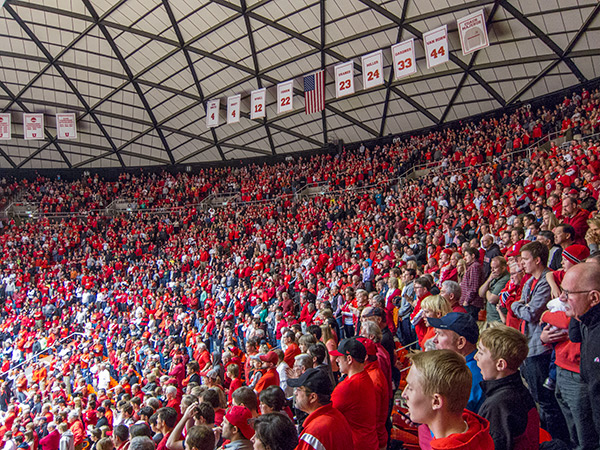 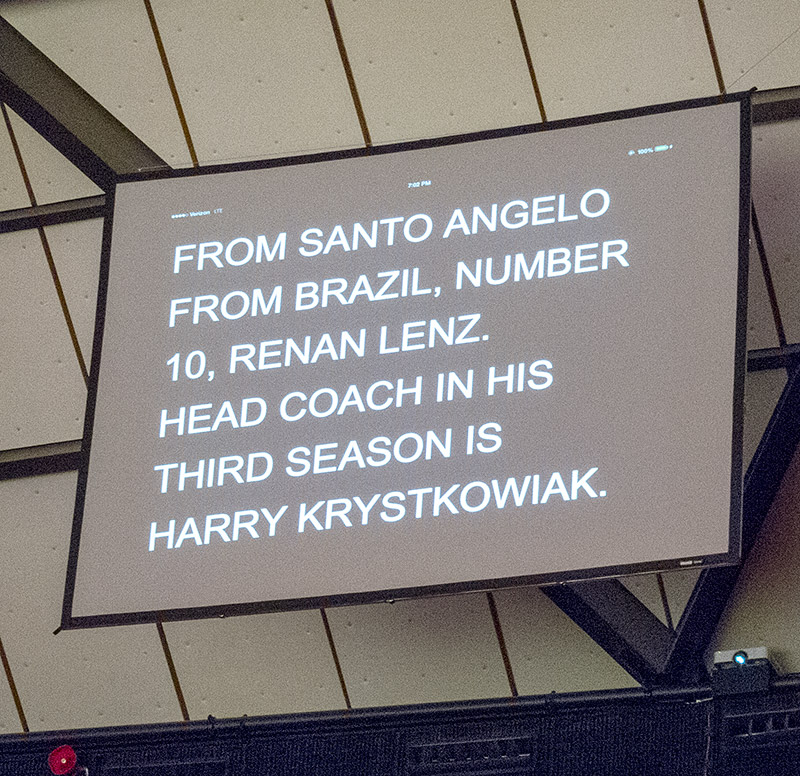 I was happy to hear that there are only two home basketball games left after today’s home loss to Colorado.

This year has been very tough.

It was a tough loss yesterday but still a great game. For the first time since Bogut left I’m excited about our prospects and the potential I’m seeing in this team.

First I’m very exited about having a center who can actually move, catch, shoot and most of all, walk and chew gum at the same time. Not only that, we have TWO. Very promising.

Tillie made a manly rebound and put back yesterday in action unlike last year. He’s much more assertive and strong down low this year. He’s more beefy. This is good.

Brown was a bit of a head case last night but did come through in the clutch with the basket to tie with 7 seconds left. But had he not missed three FT’s in a row, we may not have needed to go into OT to win the game.

Henderson has the potential to be REALLY good. This kid as fire and can shoot, even though he went a bit cold in the 2nd half yesterday. And did anyone see him SKY for that put back attempt which didn’t count? I had NO idea he could jump like that.

Watkins is a MAN. I like this guy. He is tough. He was too scared to shoot from outside last night and that obviously isn’t his strength. But I’m liking this guy.

Team rebounding, even against some tough teams, is really getting better. This doesn’t suck.

Freethrows. We make ’em, we win. That sucked yesterday. I long for the days when we led the nation in FT%. I guess it helped to have Van Horn shooting most of them.

Drca. Yes this guy has raw talent. There is no doubt. He can make passes that nobody else can. But he is out of control. I’ve never heard the Ute home crowd, thousands of them, cry “nooooooooooooo” when I guy gets the ball in the waning seconds of a close game until Drca came around.

The future for Utah basketball is bright. I feel this for the first time in years.